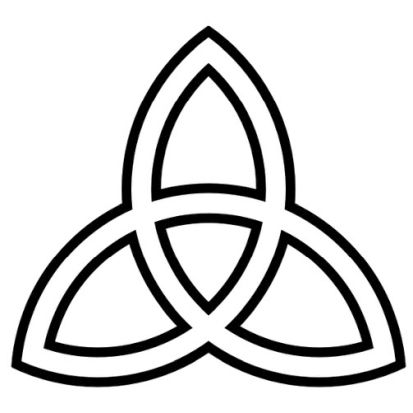 “The Word is, by definition, immanent in the divinity and active in the world, and as such the Father’s revelation. A revelation of the Father without the Logos and his incarnation would be like speaking without words.”
― Karl Rahner, The Trinity

“The mystery of the Holy Trinity is the most fundamental of our faith. On it everything else depends and from it everything else derives. Hence the Church’s constant concern to safeguard the revealed truth that God is One in nature and Three in Persons.”
—FATHER JOHN A. HARDON, S.J