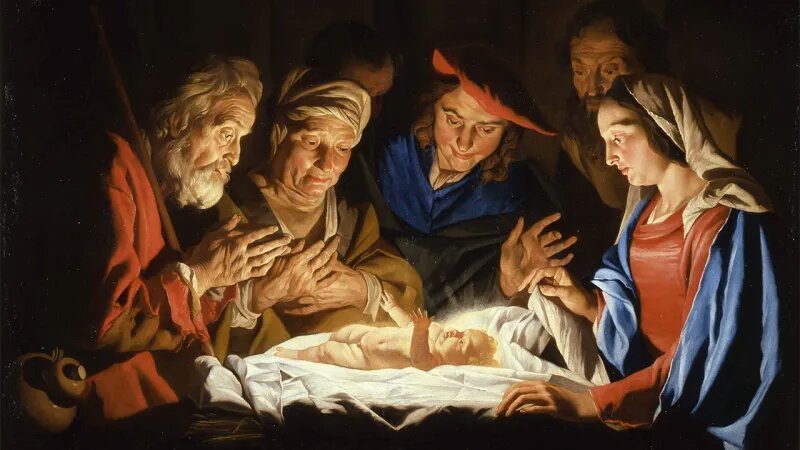 The central miracle asserted by Christians is the incarnation. They say that God became man.
C. S. Lewis

Non-Christians seem to think that the Incarnation implies some particular merit or excellence in humanity. But of course it implies just the reverse: a particular demerit and depravity. No creature that deserved Redemption would need to be redeemed. They that are whole need not the physician. Christ died for men precisely because men are not worth dying for; to make them worth it.
C. S. Lewis

The purpose and cause of the incarnation was that He might illuminate the world by His wisdom and excite it to the love of Himself.
Peter Abelard

The Self-revealing of the Word is in every dimension – above, in creation; below, in the Incarnation; in the depth, in Hades; in the breadth, throughout the world. All things have been filled with the knowledge of God.
Athanasius of Alexandria

The incarnation is “a kind of vast joke whereby the Creator of the ends of the earth comes among us in diapers Until we too have taken the idea of the God-man seriously enough to be scandalized by it, we have not taken it as seriously as it demands to be taken.
Frederick Buechner

Disguise is central to God’s way of dealing with us human beings. Not because God is playing games with us but because the God who is beyond our knowing makes himself known in the disguise of what we can know. The Christian word for this is revelation, and the ultimate revelation came by incarnation. … God is the master of disguises, in order that we might see.
Richard John Neuhaus

Man’s maker was made man that He, Ruler of the stars, might nurse at His mother’s breast; that the Bread might hunger, the Fountain thirst, the Light sleep, the Way be tired on its journey; that Truth might be accused of false witnesses, the Teacher be beaten with whips, the Foundation be suspended on wood; that Strength might grow weak; that the Healer might be wounded; that Life might die.
Saint Augustine

The Lord did not come to make a display. He came to heal and to teach suffering men. For one who wanted to make a display the thing would have been just to appear and dazzle the beholders. But for Him Who came to heal and to teach the way was not merely to dwell here, but to put Himself at the disposal of those who needed Him, and to be manifested according as they could bear it, not vitiating the value of the Divine appearing by exceeding their capacity to receive it.
Athanasius of Alexandria