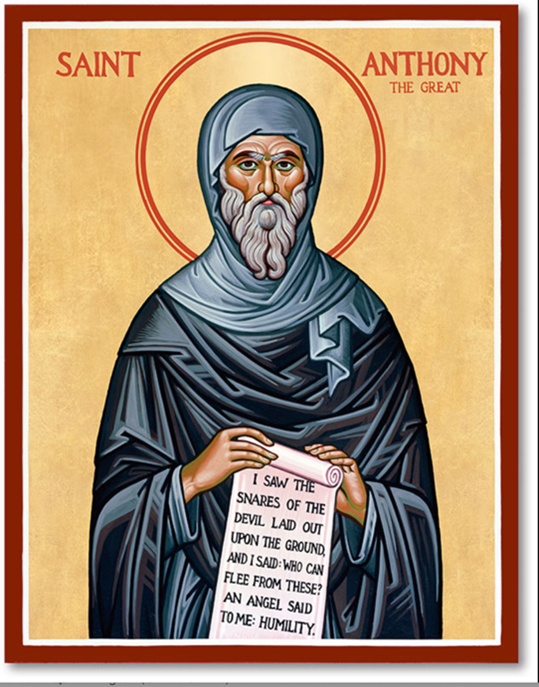 Expect temptation to your last breath.

Regard as free not those whose status makes them outwardly free, but those who are free in their character and conduct. For we should not call men truly free when they are wicked and dissolute, since they are slaves to worldly passions. Freedom and happiness of soul consist in genuine purity and detachment from transitory things.

I saw the snares that the enemy spreads out over the world and I said groaning, “What can get through from such snares?” Then I heard a voice saying to me, “Humility.

He also said, “Nine monks fell away after many labors and were obsessed with spiritual pride, for they put their trust in their own works and being deceived they did not give due heed to the commandment that says, ‘Ask your father and he will tell you.'” (Deut. 32.7)

Abba Anthony said, “Whoever hammers a lump of iron, first decides what he is going to make of it, a scythe, a sword, or an axe. Even so we ought to make up our minds what kind of virtue we want to forge or we labor in vain.”